Battle of Highbury Part 1. The Game 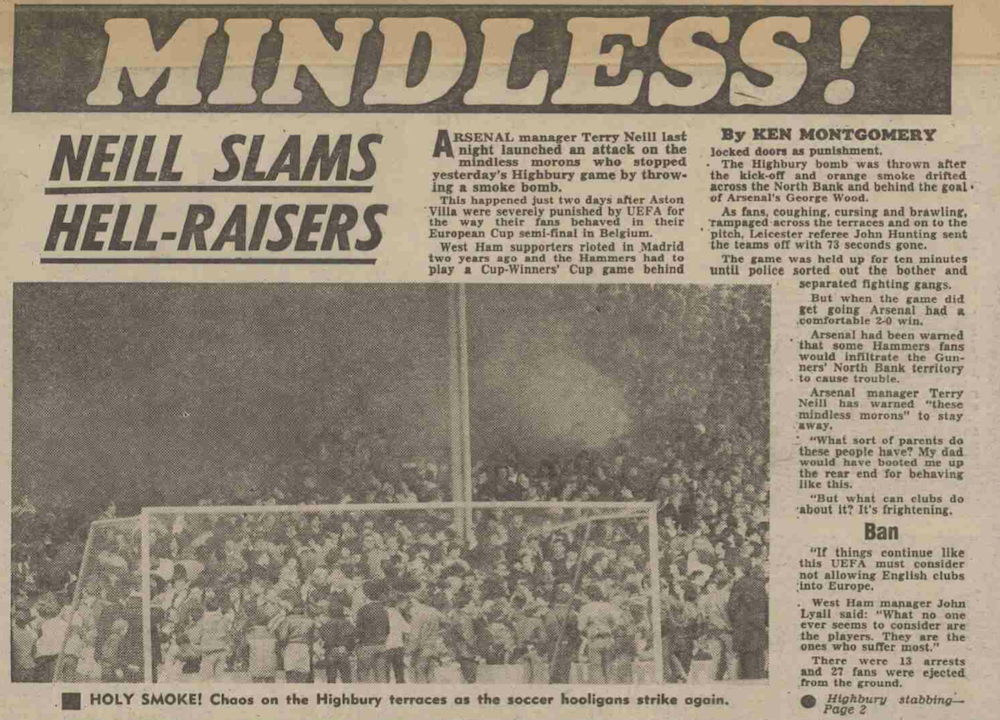 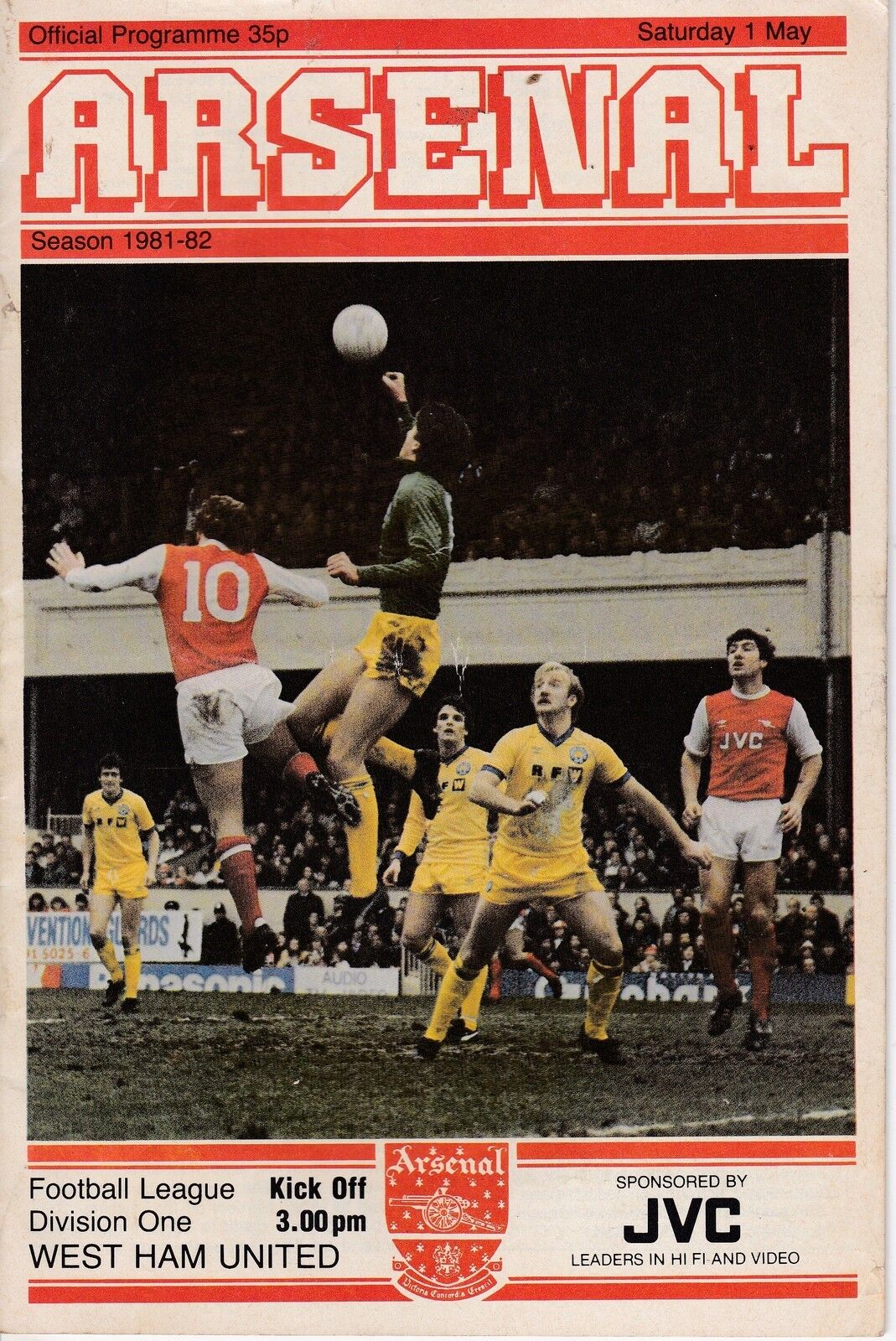 May the 1st is the fortieth anniversary of an infamous and dark day in West Hams history, one I have never forgotten as a 12-year-old boy witnessing events unfold.
That day I was excited to be attending the West Ham away day at Arsenal, my first trip to Highbury and my first away game that wasn’t Orient or at Wembley.

This was West Ham’s first season back in the top flight after the three years in the Second Divison, and it was shaping to be a steady return. West Ham was sitting 8th in the table, just behind Arsenal, with five games to be played in the final two weeks of the season.

My Uncle taking me never had tickets, yet these were the days you could turn up and pay at the gate to stand on the terraces. Not that I had ever done that, as my Uncle preferred the seats. We had Season tickets in the West Upper Stand for the past five seasons. On arrival at Highbury, he made it to the ticket box only to be met with the ‘All Seats Sold’ sign in the window.
Now he had a dilemma should we go to the terracing? West Ham had been allocated the Clock End, which was the other end of the ground to where we were standing, and my Uncle, as I said, he was not a fan of standing. Instead, he went over to talk to some people I assumed he knew while I was leaning on the wall between the turnstiles for the North Bank entrance and the famous Highbury East stand that housed the Marble Halls.
I can’t remember if there was an explosion, but coming from the stadium suddenly you could hear a noise, a roar of screaming and shouting, smoke then started to drift upwards in the air. I knew what was happening, and I had seen and heard enough times at Upton park to know when fights were breaking out. It seems the I.C.F had decided to try to take the North Bank of Highbury, the main end of Arsenal fans, something that had been achieved previously, most notably in 1975 during the FA Cup Quarter Final. Arsenal fans, this time, we’re ready and were repelling the invaders. 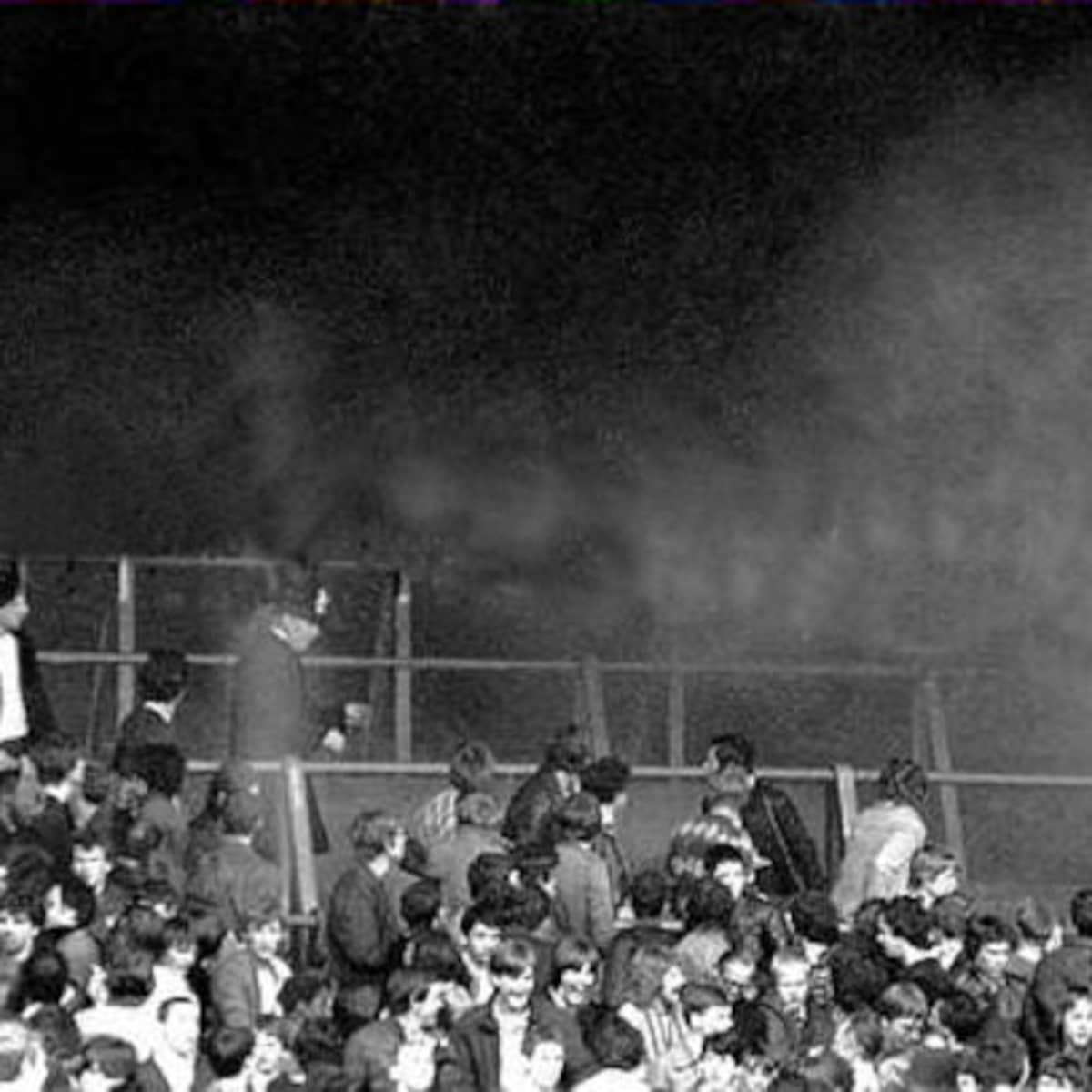 A smoke bomb had been let off don’t know who by. The Police now had started to run down the road to re-enforce those on the ground trying to separate the fans.

My Uncle came and pulled me back across the road and stood me at the front gate of a house that faced the ground, “wait here till it calms down”, I remember him saying to me.
He talked to a short man, who was entirely on the large size, answering to the name Stan. Stan Flashman was king of the ticket touts back then, and my Uncle was hoping he could help him, but it seemed he had nothing to sell.
My Uncle called me over to him. As I crossed the road, the doors to the East Stand opened and a lady with two children crying came out. They had witnessed first-hand the fighting in the stand next to them, obviously frightened it seemed the woman was not prepared to stay for the rest of the game. Seeing the kids crying, my Uncle had asked her if everything was ok, she told him, no, and she was off home. Never one to miss an opportunity, he asked her for her tickets as she wasn’t using them. After a quick conversation with the steward, who was persuaded by the five-pound note thrust into his hand, my Uncle and I were in the ground and heading to the seats. 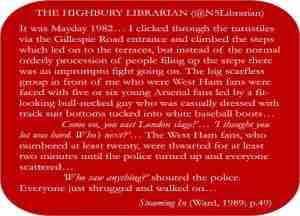 I can’t remember if the game had been delayed or they had kicked off. The Ref had stopped the game, but as we took our seats in the lower seating area by the pitch, the locals around us were not too pleased with the West Ham fans who were getting the blame.
My Uncle, sensing I may not fully understand the situation, just leant down and whispered to me, “Today, you support Arsenal, no matter what”.
Basically, keep quiet and watch the game.

The players came out, and the game started, but not for long as another smoke bomb bellowed from the North Bank, the fans parted. You could almost see the two sides facing each other, with Police trying to separate the pockets of fans that were fighting.
The Ref took the players off, and the game was held up again.
When they finally returned, the Police had restored some calm to the North Bank, Arsenal scored twice, and my Uncle, early in the second half, had seen enough to know he wanted to get me home as quickly as possible as when the crowds spill out at the end of the game, there will be trouble again. 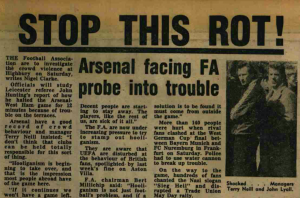 What happened after the game was worse than anything that had gone before it, not just at Highbury but possibly around the grounds that season.
Football is tribal, and going football in the late 70s or early 80s as a kid, you understood what was going on, and I was told the best way to avoid it. Sadly that day, one fan didn’t avoid it and paid the ultimate price.
In part 2, I look at what happened after I left the ground and why I have never forgotten that day, even today.