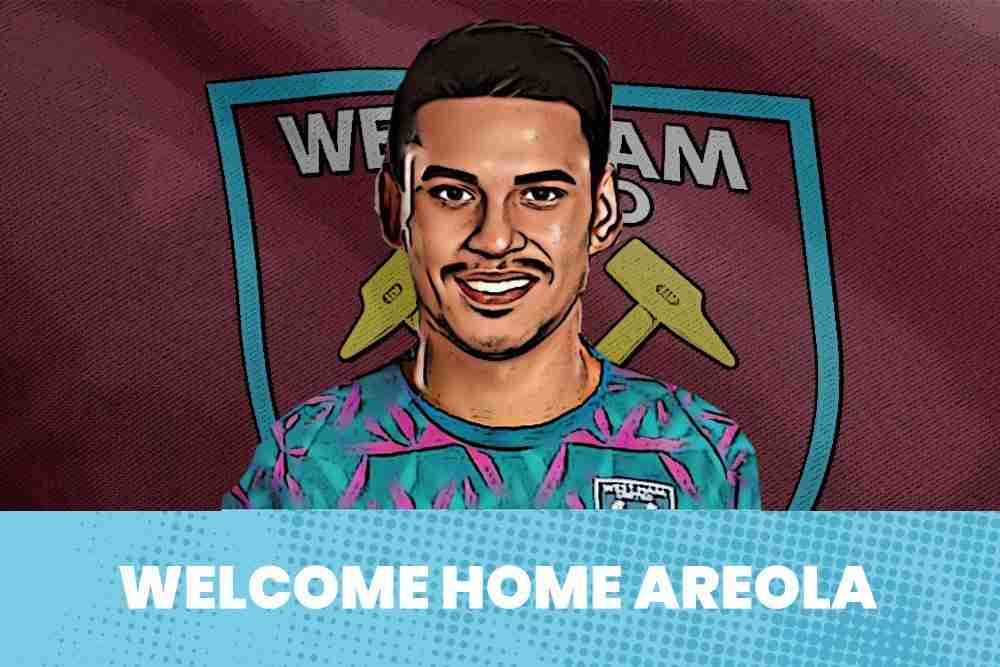 West Ham finally confirm what seemed like the easiest deal of the summer, gawd help us on any complicated ones that may come later 🙂

Anyway, excellent news for the club and supporters, hopefully he’ll establish himself as our first XI keeper for the next few seasons.

He has signed a five year contract, with a year extension option, on a  permanent transfer fee of around £10.5m.

Areola joins the Hammers on a five-year contract until the summer of 2027, with a further one-year option, following a successful loan spell at London Stadium last season.

Now, the France international is looking forward to continuing his career in east London on a permanent basis and linking up with his teammates again for pre-season training ahead of a 2022/23 campaign that will include the UEFA Europa Conference League and FIFA World Cup finals.

“I feel good, I feel great, I’m happy to sign and happy to stay here permanently and I can’t wait to start to train and to do the job,” said Areola.

“The main thing is that I felt the love of the supporters last season. Something for me that is really important is to feel that I’m loved. I know that I have to do my job and to do everything to make them happy, and obviously also the team, my teammates, the staff and Xavi Valero as well. The vibe of last season was great, so I just wanted to do everything to stay here.

The Paris-born goalkeeper became a firm favourite during his debut season in Claret and Blue, helping West Ham to memorable Carabao Cup victories over Manchester United – on debut – and Manchester City, earning the Player of the Round award after making seven saves in the latter.

The No13 made 29 saves in eleven ties, including a vital, spectacular one-handed stop to deny Sevilla’s Youssef En-Nesyri that paved the way for West Ham’s 2-0 round of 16 second-leg victory at London Stadium and earned him the Save of the Season award.

Manager David Moyes welcomed the arrival of Areola, commenting: “Alphonse made a huge contribution to the Club during his loan spell last season. His performances backed up why we see him as a top goalkeeper.

“He brings proven quality and experience at the highest level, both on the domestic and international scene. We’re delighted he’s with us permanently and look forward to welcoming him back for pre-season.”

Everyone at West Ham United would like to wish Alphonse the very best as he continues his career with the Club.