Do you Remember the First Time, Noble. 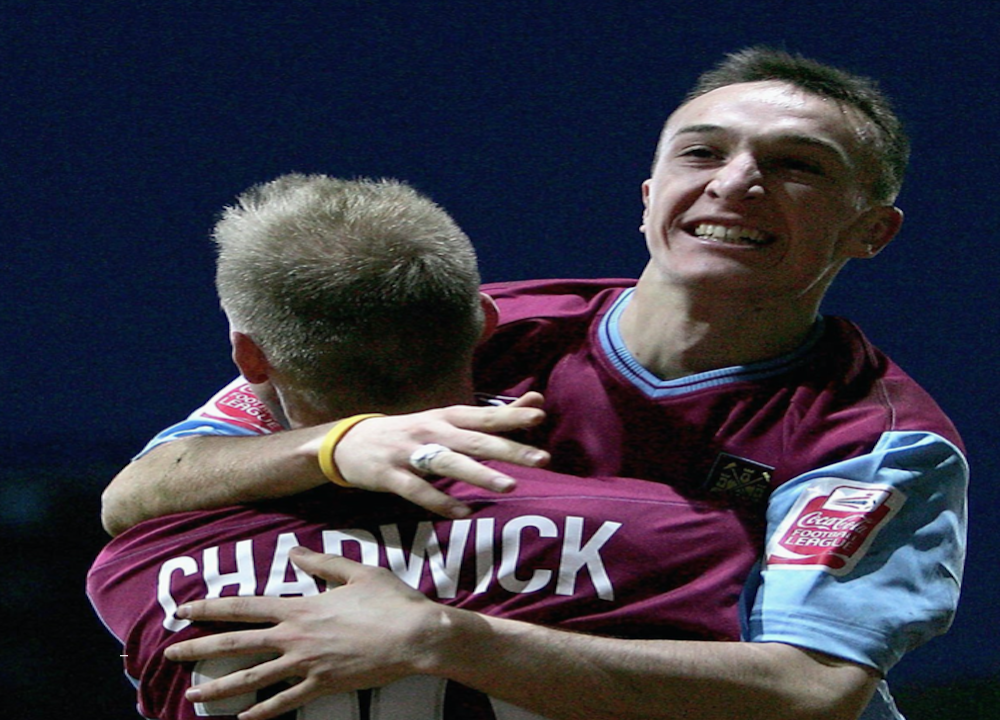 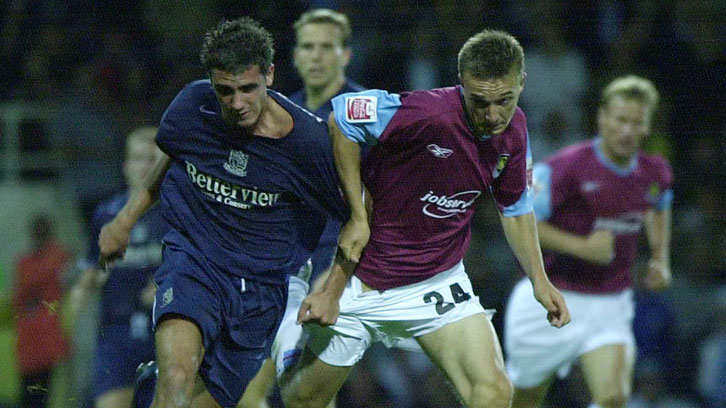 On August the 24th, 2004, only sixteen thousand fans attended a second-round tie in the league cup against local (ish) rivals Southend United. With around 2,500 Southend fans packing out the lower tier of the Trevor Brooking stand, only approximately 14,000 hammers were there to start a young player’s career, which will go down as one of the greatest club servants of the Premier League era.
After the failure to gain promotion in the Play-off final in May, West Ham was facing up to another season in the Championship. The early season form was mixed in the four games before this game, with two wins, a draw, and a home defeat to Wigan 3-1.

Against Southend, the West Ham lineup was a mixture of 1st teamers and Academy prospects.
Five years ago, the Hammers beat Metz 3-1 in the Intertoto Cup final to qualify for the UEFA Cup with a team consisting of the likes of Di Canio, Sinclair, Lampard, Ferdinand and Joe Cole.
But with the relegation of 2003 and the failure to be promoted West Hams team was as follows.

Yet it would be from the bench that came to the first sight of another academy prospect that would go on to join Jimmy Ruffell, Trevor Brooking, and Steve Potts as the one-club players in the top ten of the club appearances table.
Mark Noble’s appearance in the game didn’t make any note in the Guardian’s match report from the following day. Instead, it would be 38-year-old new signing Teddy Sheringham’s appearance as a substitute that would get a mention 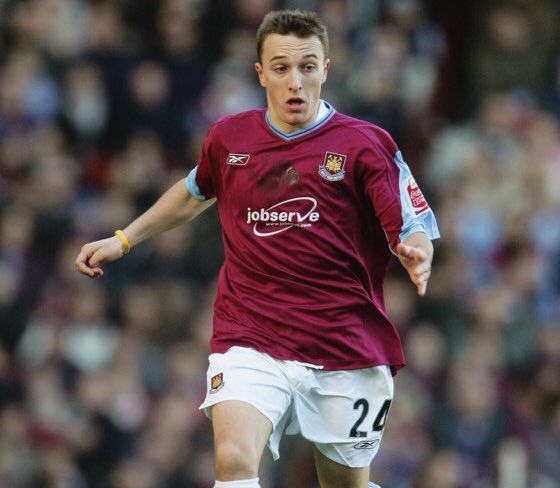 Marlon Harewood ended a four-match scoring drought with a clinical brace to book unimpressive West Ham a place in the second round of the Carling Cup after a low-key win over Southend.
Harewood has struggled since being restored to his favoured position up front this season, but he made no mistake with goals in the 11th and 90th minutes at Upton Park.
Yet the Shrimpers, a team 64 league places below West Ham, made all the running in the second half, and by the time Harewood struck his second goal, the home fans were the most relieved.
Five years ago to the day, the Hammers beat Metz 3-1 in the Intertoto Cup final to qualify for the UEFA Cup.
But West Ham’s opponents on Tuesday night were a side struggling near the foot of League Two, and Upton Park is a much less ambitious place.
The ground was half-empty on the day Michael Carrick’s transfer to Tottenham went through, and manager Alan Pardew handed full debuts to three new faces.
But even the cries for chairman Terence Brown to resign from a small section of a disillusioned 16,910 crowd were somewhat muted.
The home side stamped their authority on the game early, Nigel Reo-Coker forcing Southend goalkeeper Bart Griemink into a second-minute save after a one-two with Harewood.
But Griemink was powerless to prevent Harewood from putting the Hammers ahead with a cool finish on 11 minutes after a storming 50-yard run from Reo-Coker.
Drewe Broughton wasted a great chance to draw the Shrimpers level when he put a free header at the far post wide from eight yards following Mark Gower’s searching cross.
But the Hammers were soon back in the ascendancy in the Essex derby, and Harewood shaved the upright after a lightning turn with a crisp right-foot shot.
Harewood then dragged another good chance wide after being slipped in by Sergei Rebrov, who was largely anonymous despite playing in his preferred role as an out-and-out striker.
Mark Bentley gave the Hammers a scare when his 50th-minute shot deflected off Rufus Brevett just wide, and Kevin Maher was narrowly wide with a shot from 25 yards.
The Hammers suddenly looked asleep and allowed the visitors the lion’s share of possession, so Pardew threw on Teddy Sheringham for the ineffective Rebrov.
But Maher was guilty of a glaring miss when James Walker parried Carl Pettefer’s fierce drive straight into his path, and he found only the side netting.
That woke West Ham up, and Adam Nowland forced a sprawling save from Griemink at the other end before Harewood made it safe with an injury-time strike on the break.

Noble had already become the youngest player for West Ham to play in the reserves, aged 15. As he stood on the touchline waiting to replace Luke Chadwick in the stadium he had supported the club as a kid and worked as a ball boy. I doubt even he would have thought about the impact on the club he would have in the next 18 years.
While his last home game may not be on the hallowed turf of Upton Park, the club, the size of the crowd for his farewell hopefully will befit the legacy he leaves behind as possibly the last of the boy of Canning Town to play for the team formed in Canning Town. 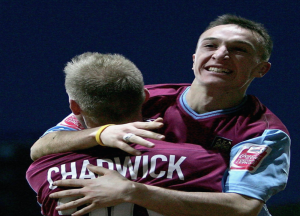 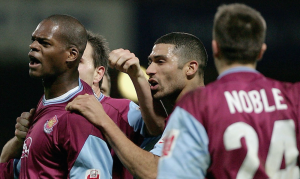