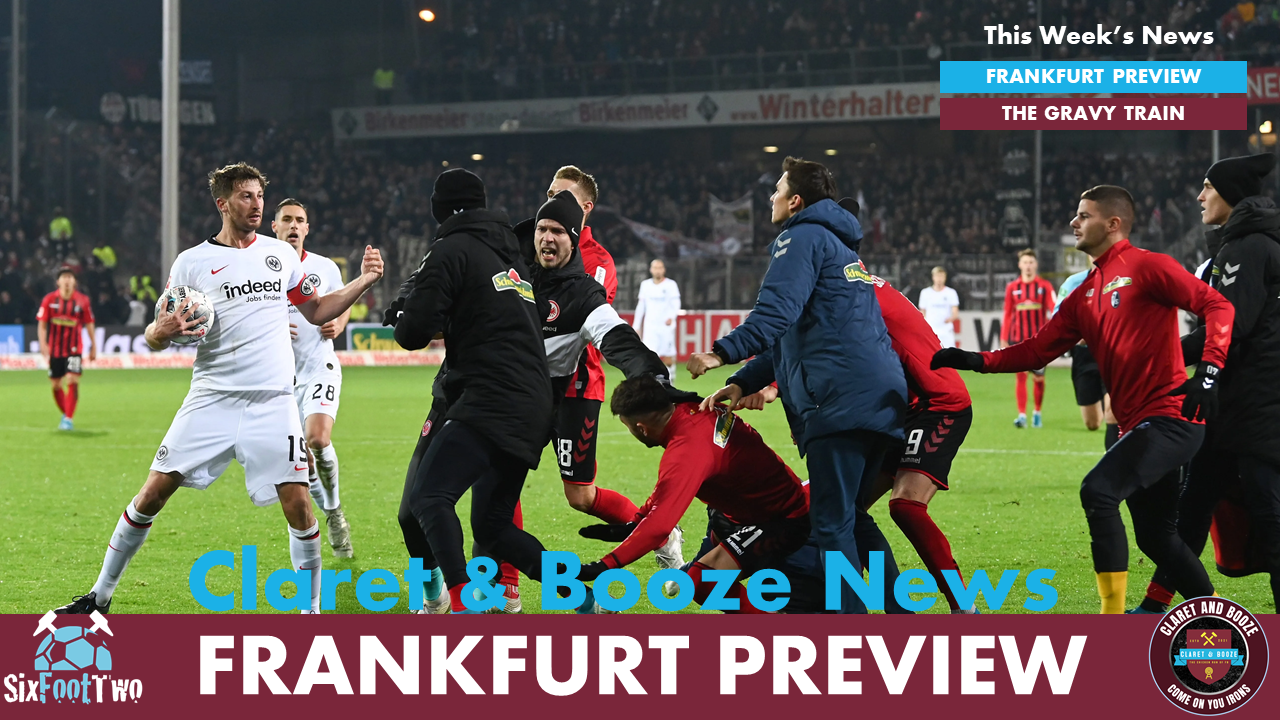 In the last round, Eintracht Frankfurt pulled off an amazing victory away to Barcelona to win 3-2 in the Nou Camp, and with 30,000 German fans present in the stadium it must’ve felt like a home game, following a 1-1 stalemate in the first leg.

At first glance this might seem a little worrying, but when you take time to look at the game you realise what actually happened. It all began with a highly questionable penalty slammed home Kostic, followed by Borre adding a second from 30-yards after Barcelona failed to get anywhere near closing him down. Then, once again the Barca defence went missing and Kostic slotted in from just outside the 6-yard box to make it 3-0. Aubamayang had missed an open goal when the score was 2-0 which likely would’ve led to a different outcome.

At 3-0 Barcelona had a goal disallowed for the narrowest of margins before Busquets slammed home from 25 yards to make it 3-1. Deep into injury time, a second questionable penalty saw Barca draw it back to 3-2 as Frankfurt held on for the narrow victory with Evan Ndicka being sent off, thereby missing the first leg against us.

The game was as much about Barcelona being terrible defensively as it was about Frankfurt being good.

West Ham have some selection problems but so do Frankfurt. With injuries and suspensions, the following players are expected to be missing on Thursday:

With Frankfurt changing coaches every 1 or 2 seasons, coach Glasner will likely get fired if they are knocked out with Frankfurt sitting 10th in the Bundesliga. They’ve won only 10 and drawn 9 of their 30 games, scoring 40 goals and conceding 42. 24 goals have come from open play and 12 from set pieces. 38% of their shots are from outside of the box, so they like a long shot.

They had 25% and 33% possession in the two legs against Barca, suggesting they are comfortable with the opposition having the ball, just like West Ham.

They lost last weekend 2-0 away to Union Berlin off the back of losing at home to Freiburg 2-1 the week before. Some of our fans said they only lost because the coach made 10 changes but he actually made 5 and a couple of those enforced due to injury. Against Freiburg he made only 3 changes from the side that faced Barca in the first leg.

They get booked a LOT; 57 yellow cards in 30 Bundesliga games, 18 in the Europa league from only 10 games. 2 reds in Europa and 1 in the league. This suggests they are extremely physical and so this will be a battle.

Frankfurt fans were banned from Liege in 2019 and also from the Emirates after crowd trouble against Vitoria in Portugal. Disciplinary action was for throwing of objects, crowd disturbances, act of damages and a late kick-off.

So on and off the pitch it will be interesting but I don’t think we have anything to fear from Frankfurt. We have beaten better teams already and from what I’ve seen, there is no reason why we cannot take a 1st leg lead out to Germany.

What do you think? Are we gonna do it?