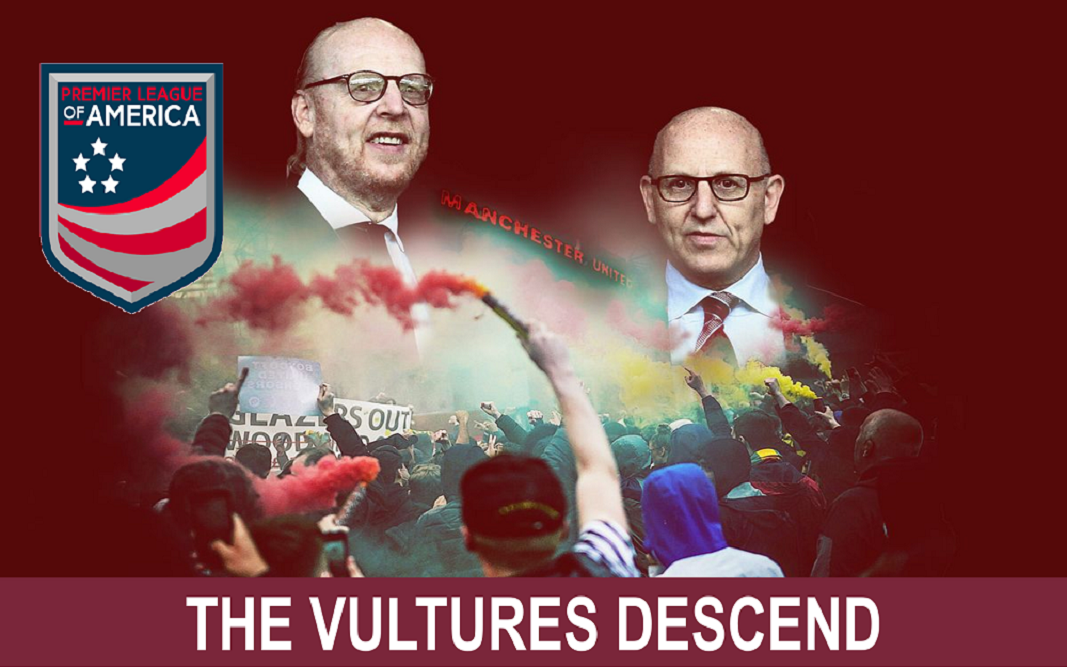 With 4 American bidders looking to buy Chelsea, let’s look at the impact that even more US owners will likely have on the Premier League. Let’s consider how American owners tend to operate and the likely consequences of yet another American owner in the top 4.

Up front I’d like to point out that Roman Abramovich recently wrote off £1.6bn owed to him by Chelsea to clear the decks for new ownership. The two “benefactors”; him and Sheikh Mansour have invested a combined £3.7bn on player purchases since their ownership began.

When completed, one of four possible American bidders will own Chelsea football club. That would mean 9 Premier League clubs to be owned or partly owned by US companies. A lttle warning for Chelsea: ask Arsenal and ManU whether they enjoy their American ownership? They are purely commercial arrangements with little or no concern for what the fans think or want.

The original US owners were the Glazer family who took over Manchester United in 2006. Since then, they have spent more than £1bn to finance the takeover with dividend and interest payments costing the club around £44m a year. The club was purchased with debt, surely a practise that should not be legal.

The Glazer family led Project Big Picture which was to reimagine English football in late 2020 by signing up for the Super League launch in April 2021. They were ably supported by Arsenal’s Kroenkes and Liverpool’s Fenway Sports Group. The main objective of the Super League was to remove the risk and jeopardy that makes our game so special, in favour of a self-elected cartel.

The Washington Post said the Super League “represented a shift from the nostalgic idea of the people’s game being organised for the pleasure of fans towards a profit-maximisation approach, in which clubs are viewed as franchises and fans perceived as customers”.

As part of Project Big Picture, a select number of Premier League clubs would also have the power of veto for future takeover of rivals while also reducing the number of teams in the top flight. Liverpool’s owner even wanted to scrap the League Cup, the same John Henry who attended the final recently against Chelsea. .

One of the American bidders for Chelsea recently commented that he was shocked at the fans’ response to the Super League plan. In the US sport has been dynamic and disruptive in moving sports teams around to different cities without the threat of relegation. It is the norm in US sport, but it will never be accepted as the norm over here.

We can see where this is going, and following the lack of punishment from the Premier League and UEFA, I expect once they’ve absorbed the benefits of the new “Super League” Champions League format, I expect them once again to push for more.

My attitude is the same as it ever was: if they want this kind of system, go ahead and set it up, but don’t think you’re going to also be playing your B team in our domestic league. I think UEFA, FIFA and the Premier League need to put measures in place before the inevitable destruction of English football. Sporting merit has to count, it is after all still a sport isn’t it?

What do you think? How can we protect the Premier League and therefore West Ham against these vultures? How would you feel if an American owner suddenly became interested in buying West Ham?

This will be discussed tonight on the Booze Up, at 9pm on the Claret and Booze Youtube channel.