Why Dec Must Stay 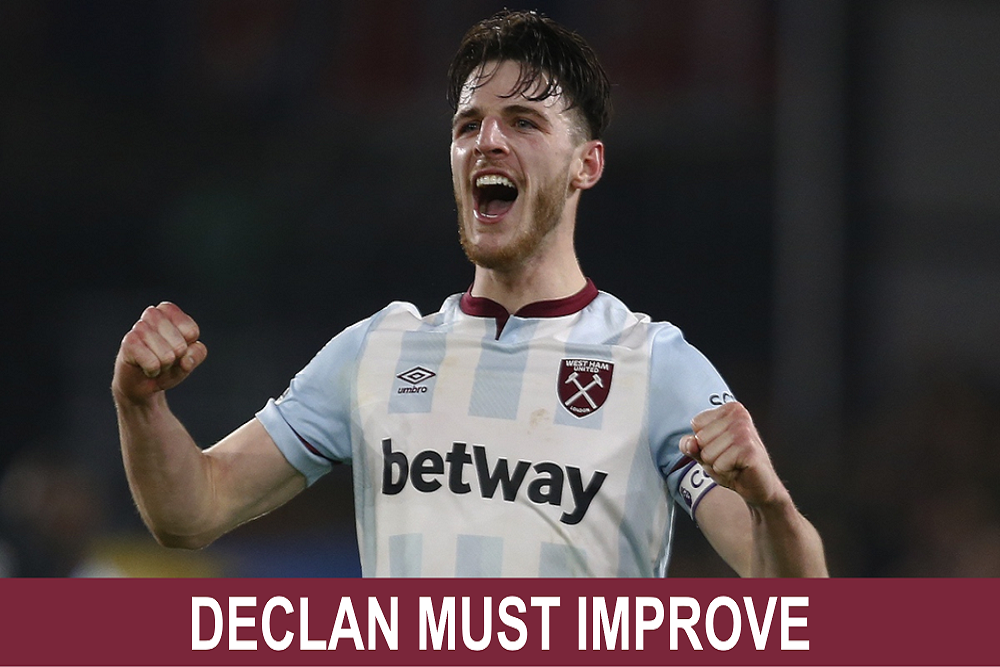 We all want Dec to stay for at least another season, but that’s just us putting West Ham first, right? Or would it also benefit Dec to grow for another season before he goes onto bigger things?

The rise of Declan Rice has been nothing short of mind blowing. He has developed into a first choice England defensive midfielder and is also being actively touted by Gareth Southgate as a future England captain. He’s shown he can lead being the unofficial club captain this season and that will become official next season.

Dec has driven the team to compete with all the best teams in the Premier League and has absorbed any challenge thrown at him in the European games, but his meteoric rise is still a work in progress.

Earlier this week we heard that Declan loves the club but we also know that he has ambitions to win all the biggest honours, something that will likely take him elsewhere eventually. I love that he craves glory because we all do.

Declan is not yet the finished article and I reckon it’ll take at least another year or two for him to reach his peak. He has incredible stamina, always delivers a minimum level of performance and more often than not puts in MOTM performances in most games. But where does that improvement need to come?

Stuart Pearce said recently that Dec still gets regular wraps across the knuckles from the back room staff as they want to help him become the best he can. An example from Pearce was: “Declan often goes on a lung busting run and afterwards looks knackered, so I told him to not do that”. In other words, never look knackered and show weakness to the opposition. Stuart Pearce is Dec’s Mr Miyagi, paint on, paint off.

Next up we have the great Yaya Toure, who lives in London these days. He has offered to mentor Dec and give him some advice on how to develop and become the best he can be, and Yaya thinks Dec has all the tools necessary to be better than him.

Just a couple of recent examples to show that in order to become the kind of top player who would command a starting place in any team in the world, there is still work to be done. Let’s just hope he chooses to do it with West Ham, before his move to Real Madrid in the summer of 2023.

Where do you think Dec would need to improve to reach that next level?